Since our days at school, we have all been taught about oral traditions and how they were marginalized by the advent of the written ones.
A great portion of our cultures just faded away during the past centuries, unless it was "written down".
A lot of researches have been done and are undergoing to find evidence of or just preserve in some way (through audio recordings i.e) the vast amount of oral traditions that are still alive.
We have learned that when there is such a shift, we gain all the benefits of the new paradigm, but we inevitably also lose a vast amount of knowledge.
We are now witnessing such a shift, in the moving from the written tradition to what I call a digital tradition.
It's not as it may seem, just a new kind of media made of bits and silicon instead of ink and paper, it'is already morphing into a completely new paradigm.

a new kind of magic?

As the transition from oral to written tradition started with the "encoding" of old songs and stories, the new transition just began with the "encoding" of written books and articles.
But as the magic of the voice was replaced by the magic of the written words, the latter is now replaced by the magic of hyperlinks.
Think about the stories around campfires, or played in theaters or films, or even a lesson in a classroom.
The magic is about sound and voice, pauses and different pitches, emotions, and atmospheres. If it works we are suddenly carried into another world or, depending on the goal, we embed very deeply a moral admonition or a simple knowledge.
The same can be said of music, of course, but here the main point is that just a bit of all of these things can be "encoded" inside a screenplay, a partiture or even a book.
Now think about books, the magic works in a very different way. A long sequence of words with no sounds or effects not only are able to produce emotions (of a different kind and intensity perhaps) but also to encode and transmit very complex knowledge.
Fast forward to the web now, the magic now is not about emotions, since we can experience all the previous media with no effort. Audio, video, and written words are very cheap to create nowadays. The magic is about discovery and unexpected connections. Suddenly everything is searchable (or at least this is the illusion we live in...), reachable and interconnected.
We can now encode both very complex emotions and knowledge, mixing freely all the previous traditions and media and link them in an unbelievable web of connections.
Not only, we can access it, but we can project very easily multiple and partial "copies" of ourselves, making our own life and even ourselves partially accessible by everyone.

a new kind of encoding?

But for the first time, the new encodings are not human-accessible through our own senses. It's not about learning new languages or skills, for the first time our culture is encoded in such a way that we need a device and a lot of energy, not only knowledge, to access it.
It's not only a digital tradition, it's also an electrified culture.
Think about it, our archeologists, with a lot of efforts indeed, were able to translate ancient languages such as the cuneiform inscriptions or the hieroglyphics.
But what about the 30th-century archeologists, will they be able to read our blogs? It's not only a matter of media and formats longevity (it's a matter of fact that stones are more durable than silicon) but devices longevity too.
We are burying alive the most complex level of knowledge that humanity has achieved so far (along with an enormous amount of small talk).
I'm not suggesting a disruptive return to the stone age, I'm calling for more awareness on the matter.

is all this thing resilient?

What if Leonardo Da Vinci had invented the ice making machine and he had given a test machinery to Michelangelo for a try? Probably we should have kept the Michelangelo's "Pietà" in a cold room for the next five centuries to be able to see it with our very eyes today (and probably the papacy would become much poorer, with all those electricity bills to pay ...).
The digital revolution is making culture and knowledge accessible as never before. In fact, there never was in all of human history a more thriving and widespread production and consumption of culture and knowledge. But digital revolution is also making culture and knowledge fragile. There never was in all of human history a more easy way of destroying culture and knowledge: just cut a cable, switch off the power or, even worse, alter Google results...

the five paradox of the new digital tradition

A lot more can be said, of course, and this is only a small contribution to a very complex debate. But after all, it seems to me that any solution will emerge, it should give an answer to the following paradoxes of our fragile golden age of information.

Get the latest posts delivered right to your inbox 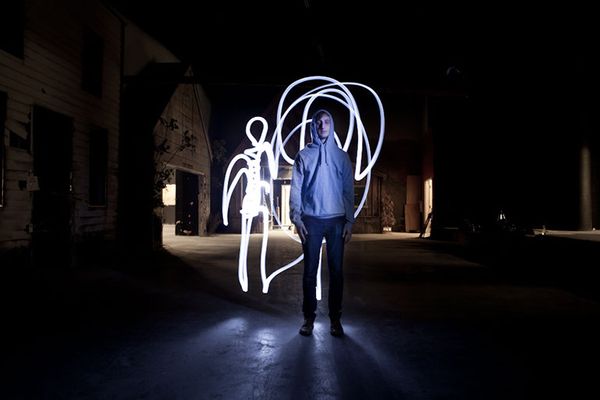 In his 1926 novel one, no one and one hundred thousand, Pirandello talks about the struggle between our perceived identity and the masks that society force us to wear every

If like me you own very old ssh keys, chances are that are a weak dsa ones. Unfortunately for us lazy admins, the latest release of MacOS seems to be

Stay up to date! Get all the latest & greatest posts delivered straight to your inbox